I bought her Christmas Eve, and she will be the vessel that transports me along the path of my new life. Thus, she is now named Eve, from the Hebrew meaning “giver of life”.

I was big-time procrastinating the van search. I hate buying vehicles – really hate it. I am not sure too many women love going out and shopping car lots on their own. While I have developed some strategies that somewhat ease the pain, I still dread this task, and I procrastinate what I dread.

But the deadline approached. My Glampervan build is scheduled for Feb 1, which means I need to have a Ram Promaster to the shop by that day. Finally I had to pull out my iPad and start the search.

As with any car purchase I started out at Edmunds.com, a fantastic site to research used and new vehicles and figure out appropriate pricing. Foiled! Promasters are considered commercial vehicles and aren’t covered by Edmunds.com. Blast it! I always feel more secure know exactly what a vehicle’s fair market value is before I shop.

I researched other sites and contacted Glampervan. New Promaster vans are ranging from ~$29,000-36,000. I looked around for used, as I typically hate buying vehicles new and paying premium. But, the used Promasters mostly had 50K miles or more. My van is going to be used for road trips and is hopefully going to see a lot of miles. Did I want to start out with 50K miles right out of the chute? The Glampervan conversion costs about 2 times what the van costs so…

I decided to look at new vans. Foiled again – not much 2019 inventory left and most of the vans were out of state. I could buy out of state, but then I would have to pay to travel and drive the van back. That wasn’t sounding like something I was too eager to do or pay for.

And – most of the new 2019’s were priced over 30K and even over 40K. 2020 vans were even higher. Now I knew I could haggle those prices, but I HATE haggling for vehicles, and I wasn’t likely to move the price down substantially based on what Glampervan was telling me the vans were going for. I was already not having fun. Yes, I do not like buying vehicles. At all.

A listing then flashed up on my screen. A 2019 used van with only 6500 miles on it. And it was in San Diego. And it was listed for 26,999 – under the new prices yet virtually new. I compared this to the Kelley Blue Book and the price already looked reasonable – right in the middle of the range. Minimal haggling.

I checked out the title – always do this when buying a used car. A salvage title can be a disaster – uninsurable and unsellable. As most used cars are sold as-is this is essential. Could I get so lucky? I could. Eve’s title was clean.

Go to the National Insurance Crime Bureau web site to conduct a free VIN check on any used vehicle you consider buying.

Next, I made an appointment to see the vehicle – it was at a small used car dealer in San Diego that keeps their cars in a warehouse and shows only by appointment. Autolink. Their reviews were good – they seemed above board.

On Christmas Eve, I took a deep breath, inspired myself with some encouraging words, and drove 15 minutes to Autolink to meet and inspect the van. She was too tall for the warehouse, so was parked by her lonesome in the parking lot. She looked healthy except for a little scratch on the side and 2 dings on the back – little blemishes I could easily and inexpensively get fixed in January.

I drove her and she drove solid like the commercial van she is. She had decent pick-up and go and I felt like a queen riding high in the driver’s seat. She was sweet, and the price was perfect. But could I/should I haggle? Isn’t that what used car buying is about? I knew the price was good, the mileage pretty much the same as new, and all her bits were still under the manufacturer’s warranty. I considered taking her to my mechanic for an inspection but that would delay the purchase until after Christmas.

And then it started – there was another person interested, so they told me. These prospective buyers wanted to purchase it site unseen, “…but we told them no, because you were already scheduled to see the van.” Truth or untruth? Probably untruth, or at least an exaggeration. I hate doing this! Ugh.

I reminded myself this was the van I needed, the mileage was very low and a new van would likely have a $5-10K premium over the list price of this van. But I did haggle a little. I asked if they would sell her for $26K. Nope, $26.6 was countered. I came back with $26.5 and we agreed. So out the door with taxes and registration Eve was $28,734. I had budgeted $36K, so was coming in way under. Nice.

It was to my advantage that I saved for this purchase and did not need financing. While I certainly have had car loans in my life, now that I am older and established I refuse to carry debt other than my house. Good thing, as I learned these vans require the harder to get business loans as they are considered commercial vehicles. I don’t even want to go there.

So the deal was completed and I was out the door with the keys in less than an hour from my arrival. My son drove up with me on Christmas Day to pick her up and it was then I decided to name her Eve. She came to me on Christmas Eve, the name means “giver of life” which seemed apropos given she is symbolic of my new life. Also, Eve is the bearer of knowledge and the first badd-ass woman to explore this Earth. Yep, Eve it is.

I had to get her insured, so called Amica.com and added her to my policy. I LOVE Amica (and I am getting nothing from this endorsement at all), I truly love them – seriously, an insurance company.

They have insured me and my hoard of new driver children since 2003 when I moved to California. Almost all of my children had some type of accident in their early years of driving (those are stories for another time…) and Amica has been wonderful with all the claims and has never substantially raised my rates or dropped me.

They might not be the cheapest, but they give great service when you need it – and that counts a lot for insurance.

Every single time I call them I reach an intelligent, helpful human. Today I reached Lilia — shout out to Lilia!!! who was as excited about my knew van as I am.

Insurance for the van is ~ $1200/year or $100/month. That will change when she completes her Glampervan transformation, as then she will be an RV and will require a different type of policy. Right now, because of her short length she can be covered as a regular auto.

Next up – get the dings fixed and check with a dealer about getting her upgraded with Speed (cruise) control. That was the one feature she did not have that I wanted – but form Google searches it looks possible to install and hopefully for not much. If I end up without, no biggy. I hope to invest <$1K in these accoutrements

Driving home with Eve the adventure finally seemed real. Every time I see her out my window I envision the solar panels and roof deck and picture myself in a remote desert or mountain campground lounging on the roof, taking in the view, and writing blog posts.

My almost new Dodge Ram Promaster soon-to-be Glampervan will soon head up to San Francisco for her full body transformation. However, before she travels up north she has a few superficial blemishes to fix up. A couple scratches and minor dents from her prior short life as a rental van. I am inaugurating my sssnoo-tube…

Ten reasons why the Glampervan Promaster campervan conversion is a perfect choice for adventurous spirits ready to begin vanlife adventures.

See everything in the Glampervan Promaster van conversion. Vanlife awaits you with the high-quality workmanship in this self-contained, flexible van. 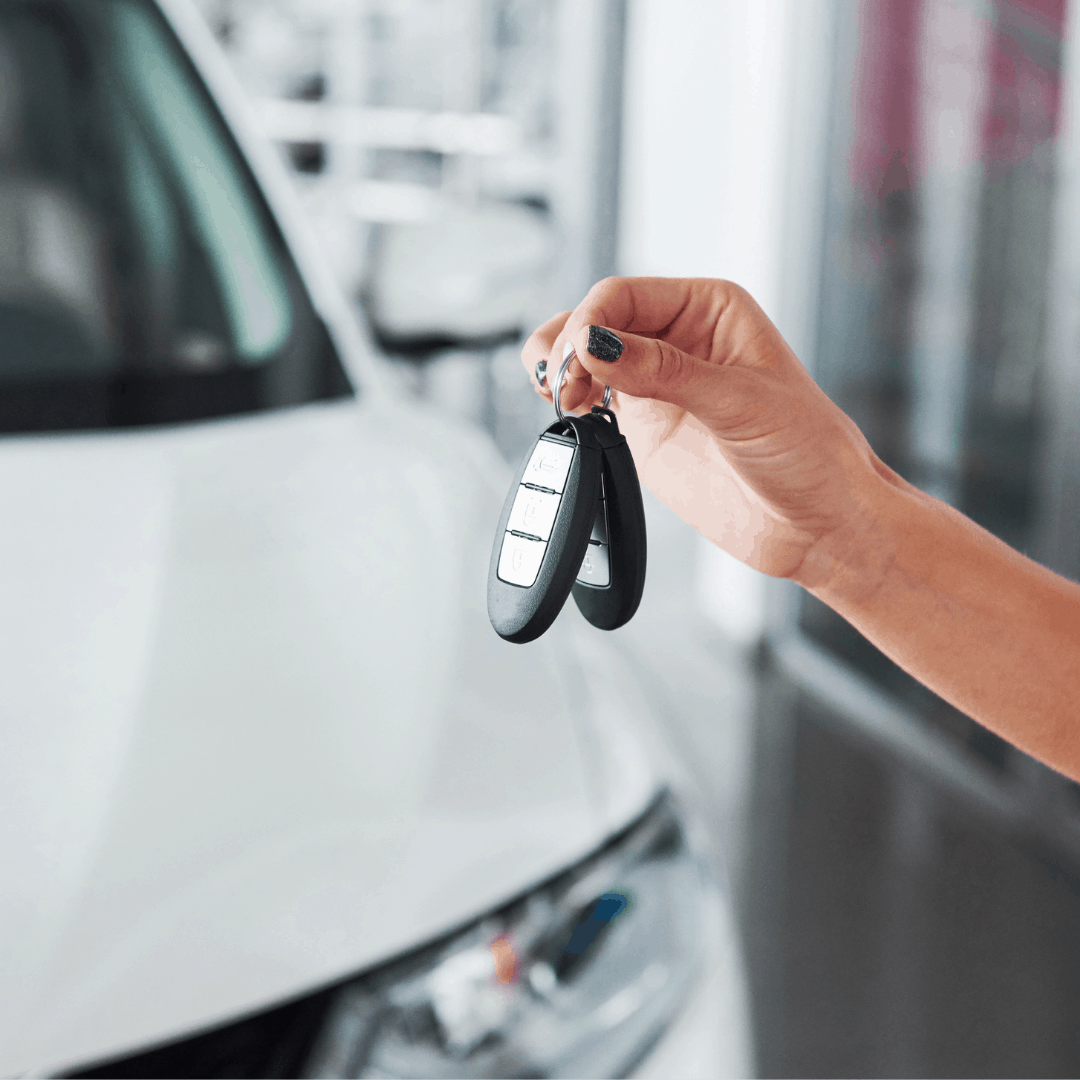 Check out a real Glampervan. Tour the inside and see how comfortable the bed is.

The Glampervan conversion has begun! It is finally time to take her for her makeover. So I drove Eve up to San Francisco last week and dropped her off at the Glampervan workshop. This was her maiden voyage, and I got to see how she handles on the highway, climbing over mountain passes and in stiff winds….

We use cookies to ensure that we give you the best experience on our website. If you continue to use this site we will assume that you are happy with it.Ok